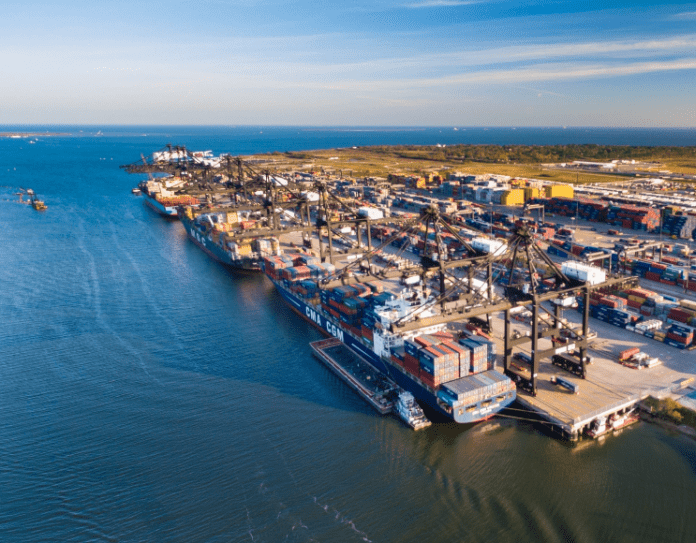 Port Houston continues to break container records with total box volumes in August reaching 382,842 TEUs, which represents a 20% increase from the same month last year and the busiest month in the history of the port.

Loaded container imports reached 180,132 TEUs, a 13% increase this year compared to last with the National Retail Federation’s Global Port Tracker recently reporting that through July import volume is up 21% at Port Houston and only 4% overall in the US.

“We are expediting the development of container yard space and wharves, and are adding equipment like shipto-shore cranes and rubber-tired gantry cranesto maintain efficiency as we expand terminal capacity,” he added.

Port Houston noted that dwell is a challenge at Bayport and Barbours Cut terminals due to high container volumes. On average, import dwell has doubled and is now six days, compared to two or three in the past.

Port officials are exploring an Excessive Dwell Fee leveraged on containers that stay at the terminal longer than the free time outlined in the tariff.

The US port has also announced a recent addition of Saturday gates offering an option for importers to retrieve their containers from 08:00 to 17:00 (local time) every Saturday. “We are asking our customers to take advantage of these additional Saturday hours of service, pull your containers quickly, and consider adapting procedures to work with us toward the common end goal of efficiency throughout the supply chain,” said Guenther.

According to the latest port data secured by Container News, the pace of Indian containerised trade flows has begun to slow down after recording...
Read more
Port News

The 4,675 TEU container vessel MSC Rochelle called Port Everglades on 30 September, marking the connection of the major port in Florida with the...
Read more

According to the latest port data secured by Container News, the pace of Indian containerised trade flows has begun to slow down after recording...
Read more
Load more