Home News Interview with Shachar Tal, founder of Loginno: "You have to be brave...
News

Interview with Shachar Tal, founder of Loginno: “You have to be brave to be the first” 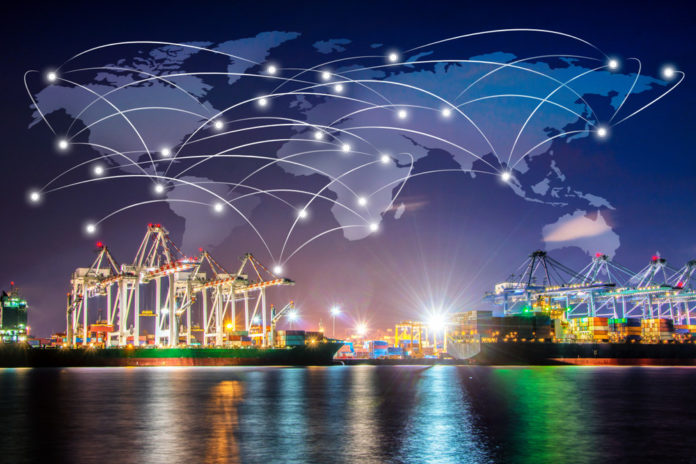 Following the recent release of Loginno about the new initiative “Contopia Labs”, Container News discussed with Shachar Tal, Founder and General Manager of Loginno, about the new project. In a conversation with Antonis Karamalegkos, Shachar Tal presented Contopia Labs, spoke about the project’s potential and expressed its view about the technological outburst of the industry.

Loginno’s founder revealed that the initial idea of Contopia Labs was born during the latest Nor-Shipping event. Loginno and Log-In, the winner of "The Contopia Factor" competition, came up with the parallel use of information collected by smart containers. Shachar Tal explains that real-time information will be an outrageous benefit not only for the shipping companies, but also for the ports, terminals, insurance companies and every other relative part of the shipping process.

A big project needs big partners. This is the reason Loginno has launched numerous partnerships with some of the industry leaders, such as Navis, MarLink, Israeli Aerospace Industries and Lloyd’s Register and the global technological giant Microsoft. Shachar Tal told Container News that another cooperation with an industry pioneer will be announced soon.

In a relative question, Shachar Tal said that he does not consider Contopia Labs as the “next logical step” of Contopia.

Afterwards, he emphasized that “we are giving our customers certain values in the future – more values”.

In a very interesting part of the interview, Shachar Tal presented its view about the technological evolution and the readiness of the industry.

He actually separated the whole situation in three layers:

Shachar Tal believes that shipping companies should be the very early drivers of the digitalization of the industry, as they are enjoying the lion’s share of the tech-advantages.

Cause of his personal experience from the Contopia competition, he seems optimistic about shipping firms’ attitude. He was very satisfied with 17 participants, especially with a significant numbers of shipping companies being unable to take part in due to specific requirements.

In conclusion, he believes that the market starts to be ready.

Layer 2: Capitalizing on the values

Here, Shachar Tal pinpoints the major problem. As there are still some clouds in the digital sky and there is not a complete success story - example, a big percentage of the companies seems hesitant to the digital era. There are initiatives, projects and ideas, but no proofs and clear examples at the moment.

“We’re aiming to be the first example”, says Shachar Tal.

A possible success story with Log-In fleet’s digitalization will bring Loginno to a nice position in the market, according to Shachar Tal. “It will be much easier to approach more big or small companies” he adds.

“You have to be brave to be the first,” he highlighted.

Loginno’s GM spoke about the development and innovation projects of the industry. He pointed that there is a “boom” for innovation. Many companies are working on brand new ideas. He has noticed a very rapid growth on trials to generate marine and logistics accelerators. At that point, Shacar Tal says that even if another project (apart from Contopia) achieves to be the first successful example, it will obviously be beneficial to the whole industry.

He ended up saying Contopia Labs is not a control market tool and is not aiming to give shipping companies dominating capabilities.

On the contrary, it’s a vision about whole point share information. It’s a chance for everyone. Contopia Labs is aiming to enable advantages and increase the efficiency of the entire industry.

Loginno is always open to new interesting partnerships and Shachar Tal invites every shipping-related company to jump into Contopia Labs project and be a member of its unique journey.

The upcoming break-up of the 2M alliance is going to lead to a change in the competitive makeup of the deep-sea networks, according to...
Read more
News

The MEDPorts Association has announced that Pino Musolino, president of Port System Authority of Central Northern Tyrrhenian Sea – Port of Civitavecchi, has been...
Read more
News

Elvir Dzanic, CEO of the Gothenburg Port Authority, formally submitted his letter of resignation on 7 February and intends to continue leading the Swedish...
Read more