“An Oceanic Awakening” by Wärtsilä

Guests at SMM, the leading international maritime trade fair held in Hamburg, were the first to be alerted to Wärtsilä’s public announcement of ‘An Oceanic Awakening’ – a global initiative focused on the radical transformation of the world’s marine and energy industry into one supremely efficient, ecologically sound and digitally connected ecosystem.

Shipping is by far the most cost-effective way to move goods and people around the world. As consumer demand increases, maritime businesses are faced with major opportunities to improve operational inefficiencies that impose a significant negative impact on profitability and sustainability. Better port-to-port fuel efficiency, reduced congestion in ports and high traffic areas, the introduction of real-time communication between stakeholders – these issues have become critical to transforming maritime trading today.

Highlighting and proactively addressing these issues forms the basis of Wärtsilä’s drive to activate a fully-integrated smart ecosystem. A feat requiring collaboration across multiple segments and industry verticals and active involvement in leveraging emerging technologies to create new business opportunities for the benefit of all.

Key ecosystem players from the world’s most strategically important marine cities have been invited to converge via the newly established SEA20 forum; where cross-border dialogue and co-creation are fostered through an ongoing series of events and workshops. First cities to support the idea of promoting sustainable marine through comprehensive co-operation are Rotterdam, Hamburg and Helsinki.

At the SMM press conference, Marco Ryan, Chief Digital Officer & Executive Vice President, Wärtsilä Corporation, revealed the corporation’s ambitious aspiration to connect 20 of the most influential marine cities by 2020 into a network that will inspire cooperation as an essential ingredient to driving forward this journey of transformation. The network will support the adoption and deployment of best practices, embrace digitalisation and legislate new environmentally friendlier, sustainable and smarter ways of doing business across our oceans.

Under the auspices of SEA20, an assembly of key influencers from five marine cities have already been brought together to determine how these cities can best take advantage of a Smart Ecosystem and all its cascading benefits to society at large. 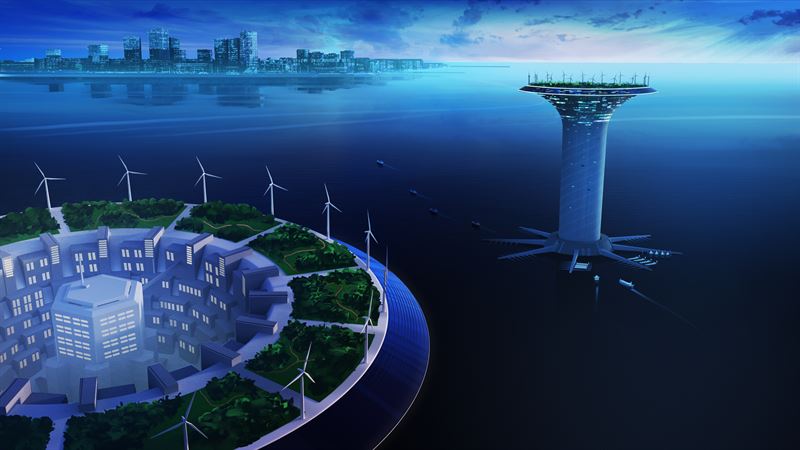 A creative session held last month in Hamburg, brought together 18 world-renowned experts from New York, Singapore, Helsinki, Rotterdam and Hamburg. During two days of participatory design, the collective intelligence produced a series of visions explaining how they felt cities of the future could better engage with the ocean.

Visions spanning cutting-edge transport provision along urban coastline, the introduction of marine-centric innovation hubs and the positioning of off-shore smart ports will be used to inspire politicians and the global marine sector to address problems caused by rapid urban growth.

A selection of illustrations based on these ideas were on display at SMM, along with a film capturing the spirit of this smart, bold movement.

In the coming years, the world’s largest means of transportation will undergo a radical transformation. New smart technologies will allow vessels and ports to become connected in ways that remain unparalleled in maritime history. As the result of continuous R&D and strategic acquisitions, Wärtsilä has the most comprehensive and integrated product portfolio in the market – placing the brand in the ideal position to lead this journey of change.

“Our solutions have already been addressing sustainability needs in the maritime industries for years,” said Kari Hietanen, Wärtsilä’s Executive Vice President, Corporate Relations and Legal Affairs, “but An Oceanic Awakening demands change on a far wider scale. It’s time for the world to wake up to the genuinely transformative potential of the marine sector, and the role its rapid development will play in each of our lives.”

“We simply cannot afford to wait for the marine and energy industries to evolve at their own pace,” said Wärtsilä’s President & CEO Jaakko Eskola. “The calls for greater efficiency, sustainability, and connectivity are simply too strong to be ignored. Rapid acceleration to benefit the entire sector, as well as society at large, is urgently required, and ‘An Oceanic Awakening’ is our wake-up call to everyone, heralding the beginning of our journey to making the future of shipping and energy a reality.” 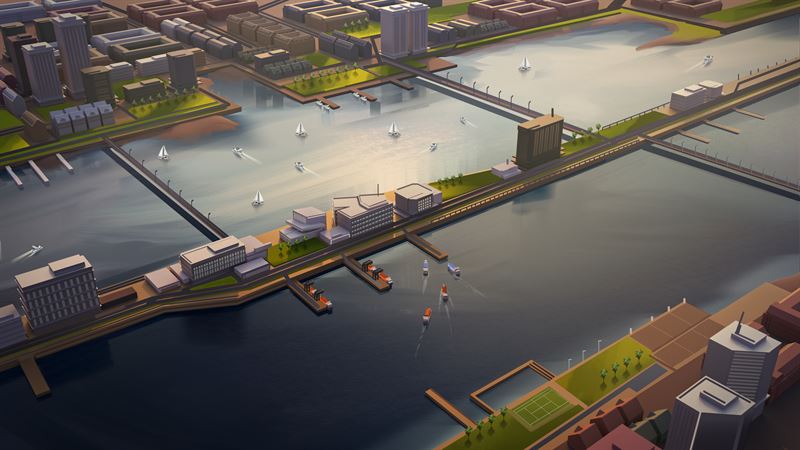 The Ecotone is a term for the meeting of two natural ecosystems creating a third one. This vision suggests that the SEA20 cities port areas begin housing innovation hubs. These would be dedicated to the piloting of developments that may potentially be realized more fully in the same port or elsewhere following a small-scale test phase. The innovations sketched here range from logistical development to tourism and beyond.

The Mangrove is a new landmark providing a new way to look at the coastline, both literally and metaphorically, and is both self-sufficient and fully powered by renewable energy. The top of the Mangrove also provides a new green space for the city’s visitors and inhabitants. Small vessels and underground tunnels connect the Mangrove to the mainland.

The Blue Belt situates the new “smart port” at a remove from the shore, while the city coastline is given a radical clean-up, ensuring swimmable waters and a new setting for residential and commercial development at the core of the urban environment. As the ports move away from the shore, the coastline can be used for entirely new purposes, bringing an innovative dimension to city life.

Launch film for ‘An oceanic awakening’:

Get inspired and involved in ‘An Oceanic Awakening’ and join the SEA20 forum: www.sea20.org

Press material can be found here and you can also watch the recording of the press conference held at SMM, 5. September 10:30 CET: https://www.wartsila.com/SMM2018/press

The 14,000TEU MSC Rosa M has hit and seriously damaged a crane at the DP World terminal in Nhava Sheva, NSIGT in Mumbai, while...
Read more
News

Major shipping lines are moderating their rating strategy amid the Covid-19 pandemic, which has caused serious reductions in market demand. Given that the key...
Read more
Load more